Millennials, more than any other age group, have the greatest desire to travel in 2015, according to Hotwire. A survey conducted for Hotwire by Harris Poll found that one-third of Millennials plan to travel in 2015. Of the 2,000 adults age 18 to 34 surveyed 35 percent plan on taking one or two large vacations in the coming year. Only 25 percent of adults ages 45 to 54 said they would be taking large vacations.

The Millennials aren’t just traveling, but they are also being smart travelers. According to the Harris Poll, almost 25 percent of these younger travelers plan on looking for deals when booking. While only 16 percent of travelers 65 and older said they would search for travel deals. The Millennial group also plans to travel in a spontaneous way.  Almost 20 percent intend to be spontaneous with their travel plans. That is more than any other age group.

These young travelers have also put aside money to travel with in 2015. Seventy percent of Millennials are more likely to have any amount of money in their travel budget, compared to 55 percent of those 45 and older. The poll states that the Millennial generation has set aside $226 billion dollars for travel.

Hotwire polled the Millennial audience to find out their top 15 travel destinations for 2015. The chart below shows those top destinations and the most affordable months to visit those locations.

There’s an Airbnb for Kinksters

Most of us understand that innovation is enormously important. It's the only insurance against irrelevance. It's the only guarantee of long-term customer loyalty. It's the only strategy for out-performing a dismal economy. 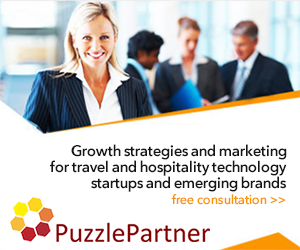 There’s an Airbnb for Kinksters 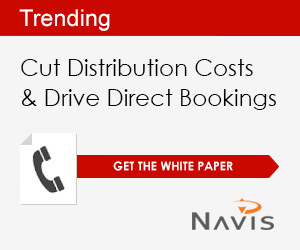 The Next Big Thing is a fast-moving look at the disruptive technologies that are pushing the travel and hospitality industry into the future. It’s a dynamic, engaging trend spotting resource for entrepreneurs and business leaders to keep up with expanding knowledge to stay relevant.

Tweets by @NextBigThingTH
© Next Big Thing Travel and Hospitality Technology 2015. All rights reserved. All Content Copyright and other rights reserved by its Respective Owners. Use of this website constitues agreement to the Terms and Conditions and Privacy Policy. All
Powered by Puzzle Partner Ltd.